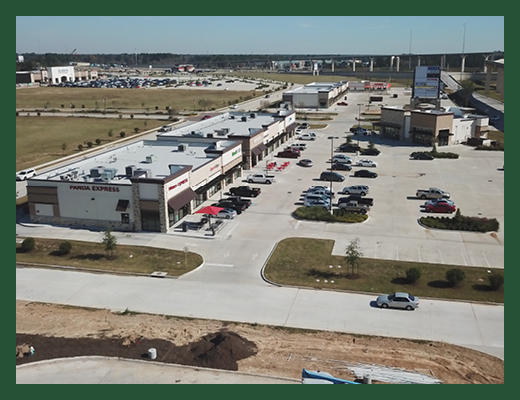 Several restaurants, service providers and a cinema will soon open in Valley Ranch Town Center, a 1.5 million-square-foot mixed use project by The Signorelli Co. at U.S. 59 and the Grand Parkway north of Kingwood.

"We are excited to bring an extensive mix of options to the Town Center – from fast-casual eateries to entertainment venues, and your everyday shopping needs," vice president of Signorelli's commercial division Kevin Layne said in an announcement.

"We want to have a variety of conveniences available right here in one place."