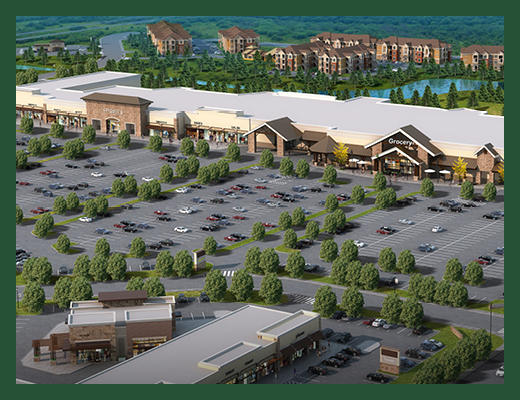 BROKEN ARROW – Officials celebrated the completion of the Aspen Avenue interchange on the Creek Turnpike recently and are bracing for an influx of commercial development that is expected to flow as a result.

Lester said the area could use restaurants, along with the kind of stores not found elsewhere in the Tulsa metropolitan area.

“The opening of that interchange is absolutely critical. I would say in three years you will not recognize that part of south Broken Arrow,” he said.

Houston developer Danny Signorelli was present for the celebration along with Sen. Bill Brown, R-Broken Arrow, and representatives from the Oklahoma Turnpike Authority, Broken Arrow Chamber of Commerce and the city of Broken Arrow and its Economic Development Authority.

Signorelli said that he is planning a mixed-use “destination” development called The Shops at Aspen Creek that will include a movie theater, entertainment, restaurants and a variety of shopping from big box stores to smaller unique shops at the southeast corner of Aspen Avenue and the Creek Turnpike.

The preliminary site plan also includes a four-story hotel and a multi-family housing tract, but Signorelli said that all the potential uses are conceptual for now.

The project would not be possible without the interchange, Signorelli said.

“We’ve been working with Mayor Lester and his administration for two years in getting everything to a point where this project would be viable. That’s an up-front conversation we have with our tenants. They want to know they can get their patrons in and out. Mobility is everything in retail,” he said.

Signorelli said he is working diligently with a handful of key anchors for the project.

“Based on the uptick in the market and excitement in this Broken Arrow market, we feel very good about opening in late 2013 or 2014,” he said.

Signorelli said developers have executed one contract they are very excited about but can’t disclose the details until a feasibility study is complete.

A service road running through the property will connect to the one in front of the existing Walmart Supercenter, which is just east of the planned development, Signorelli said.

The city also plans to spend about $5 million in 2011 bond monies to widen portions of Aspen (145th East) Avenue and Tucson (121st) Street in preparation for the anticipated increase in traffic. Designs for those projects are under way.

“Broken Arrow is pro-development, and they understand business,” Signorelli said.

The Broken Arrow Economic Development Authority funded the bulk of the $6.137 million project – all but a $1.75 million portion, which was covered by the Oklahoma Turnpike Authority.

“The truth of the matter is that we probably would have paid for all of it if it had come to that. (Signorelli) wouldn’t have considered it without the service road from Elm Place to Aspen Avenue and the interchanges,” Lester said.

Sherwood Construction Co. of Catoosa had the contract for the project and finished three weeks ahead of schedule, records show.

A 40-acre property just west of the planned Shops at Aspen Creek, owned by BA Corner LLC, is also primed for future retail development, but no specifics have been announced.